KAGE - The Japanese Art of Shadow

Living in-between Japan and Europe, sometimes like lightning, a sudden realization comes to me. In August, it was about “SHADOW”, “KAGE”.  How Japanese me and European me, associate with the word Shadow.

Creating the light and shadow,

In the western languages, Shadow has a negative connotation, as the contrast to Light vs Shadow. In northern Europe, during the dark long winter, we wait for the light and enjoy so much of the light when the sun peaks and enjoy the long lasting light during the summer.

In psychology, many are familiar with Carl Jung’s Shadow work, to embrace our Shadow – the unnoticed emotions embedded in our subconsciousness, inner child - to integrate them into our consciousness and heal our wounds, trauma, break from our negative patterns and habits that control our life. Again, before the shadow work, our shadow is considered a negative aspects of ourselves.

In Japanese, SHADOW is called KAGE, and described with two characters 陰and 影

As in English, KAGE is the shadow that is created by the light. KAGE is also something invisible. There is an expression OKAGE SAMA DE….Thanks to ‘Kage’ (all invisible force)

KAGE itself is poetic subtlety. In Japanese traditional architecture and interior, it is carefully calculated and designed how the woods and paper create the beams of shadow in our living. The shadow becomes art. It is Wabi-Sabi aesthetics. 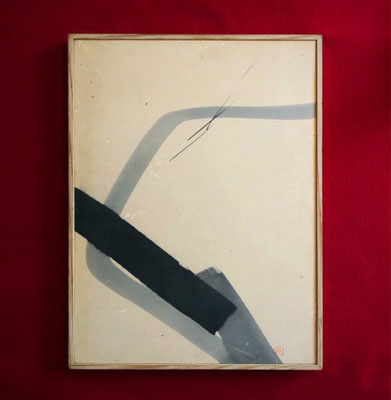 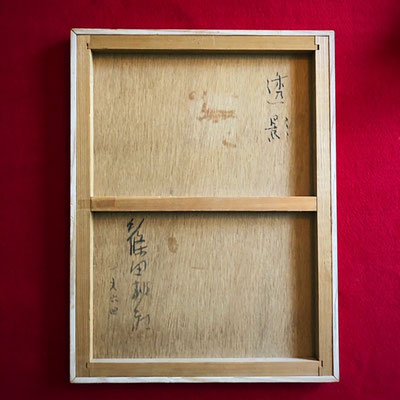 This artwork of Toko Shinoda is titled Sukikage. 透影 Sukikage is a subtle fragile beam of light that comes through in between. Sukikage also means a shadowy shape and figure that we see from a narrow gap.

It is a literal word often seen in the ancient poetry of the 9th and 10th centuries.  Just hearing and seeing this word brings the feeling of sober, peaceful, stillness.

The Japanese aesthetics of ambiguity is carried by this word KAGE (shadow).

The hot humid summer in Japan is the dance of light and shadow. Sudare, the bamboo screen creates the art of shadow with thin beams of light.

Shoji, the sliding door with paper panels, creates a perfect harmony of light and shadow in the room.

We sometimes describe in Japanese that a person with shadow, means some hidden emotion, but it describes someone who has depth in their personality, experience.

Kage is one of the examples of Wabi Sabi aesthetics.  It is not bad or negative, not good or positive. It is a part of life, we welcome both light and shadow beautifully and the celebration of duality becomes non-duality, becomes the point zero, where we are in stillness and emptiness. Peace, Bliss.

Enjoy the mystic of the shadow.